IMPORTANT NOTICE: Due to mail system difficulties, all specimen deliveries are currently experiencing delays of up to an additional 5-10 business days prior to laboratory processing.

Everything You Need To Know About Cocaine Abuse

Cocaine is an extremely powerful addictive stimulant substance that is made from the leaves of the coca plant native to South America. Its effect can be useful as a local anesthetic for surgery. However, it has become labelled as an illegal drug mainly due to the rise in notoriety of cocaine abuse.

Cocaine is a fine, white, crystal powder that is often distributed in the streets. The substance is sometimes mixed with other white powdered substances such as talcum powder and flour to increase the profits of its distributors. Some dealers mix it with other drugs like amphetamine.

Some of the common street names for cocaine include the following:

Cocaine is the pure hydrochloride salt in powdered form, while crack cocaine is a combination of powdered cocaine mixed with water and another substance, usually baking soda. Crack cocaine is made by boiling pure cocaine with baking soda. Once it forms into a solid, it is broken down into smaller pieces and is sold as crack.

The name crack cocaine was derived from the sound that it produces when the drug is being heated and smoked. Since crack cocaine is highly concentrated, it can be extremely addictive.

The difference in appearance can easily distinguish cocaine from crack cocaine. Cocaine is a fine white powder, while crack cocaine comes in solid form and of varying colors (white, cream, light brown, or tan).

Both cocaine and crack cocaine are sometimes sold with adulterants. Adulterants are substances or chemicals that are added to the drug to help increase the quantity, manufacturing cost and the potency of the drug. In short terms, it is a diluted formulation of the drug that some drug dealers do to increase their profits.

The drug itself is already harmful to the body. However, when it is mixed with adulterants, it can produce life-threatening effects on individuals who happen to have some form of allergic reaction to the adulterants. Some of the chemicals used are:

These substances are used because they look the same as cocaine, and some of them can mimic the numbing effect of the drug.

Crack cocaine was developed as an alternative drug to pure cocaine since the latter is very expensive. Since crack cocaine is cheaper, it has become more popularly used among lower socioeconomic groups.

Drug addiction does not favor any type of social class. Therefore, people from the lower social class have found themselves a drug that they can afford. It was in the 1980s when crack cocaine became famous.

Cocaine use is more identified among affluent individuals while crack cocaine is more likely being used by lower income individuals. According to the National Institute on Drug Abuse, the majority of crack cocaine users are Caucasians.

In 2008, according to the National Study on Drug Use and Health, there were 1.9 million cocaine users, 359,000 of which use crack cocaine.

Moreover, cocaine has become an attractive substance among young adults and older adults alike primarily because they want to achieve a different kind of high. Whether their reason for trying drugs is an escape from reality or just a great time with friends, frequent cocaine use may lead to some level of addiction.

It is important that we are aware of the behavior of our loved ones. Any unusual behavior may be one of the initial signs of being addicted to a drug. A cocaine user may have these following physical signs:

Ordinarily, individuals engaged in cocaine abuse will not let the people around them know about it. They will suddenly disappear and look for a safe place to use the drug and then return having a different mood. Using cocaine may push them to become more confident, have a higher level of excitement or energy, and exhibit a great sense of well-being.

It is common for them to be more talkative and have a more extreme sexual drive. They may also experience reduction in appetite, and have an abnormal sleep pattern.

Another sign of cocaine abuse is when the person has traces of white powder near the nose. Apart from this, some people use cocaine by injecting it into their veins, and a few will ingest it, which can be lethal as it can possibly cause intestinal damage.

The Effects of Cocaine Abuse 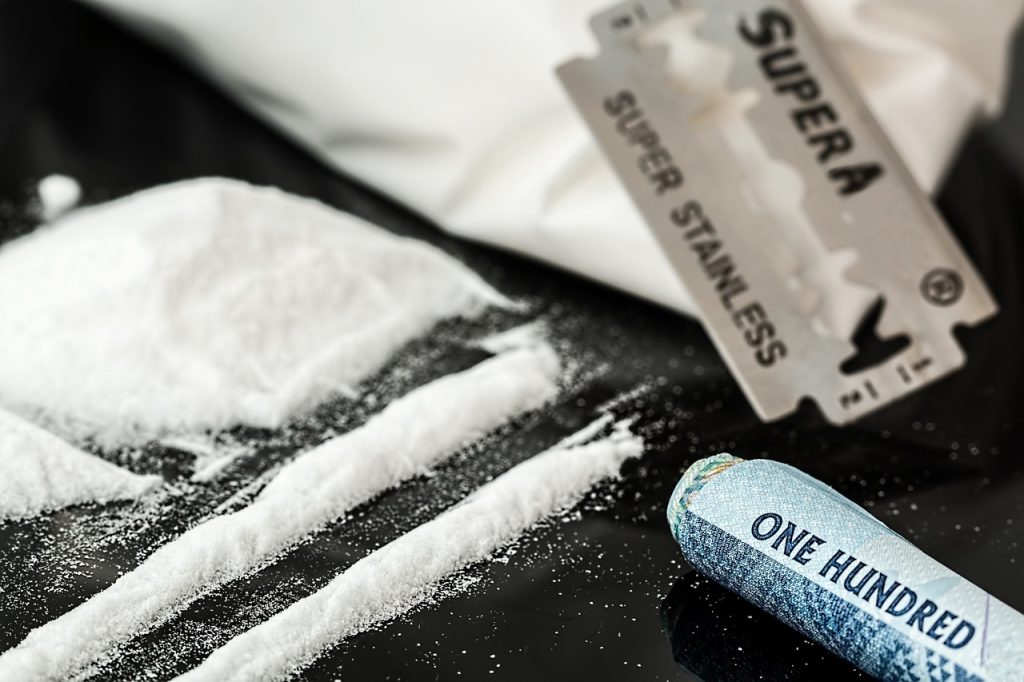 Dopamine, a natural chemical messenger in the brain, is produced by the body with the use of cocaine. This brain chemical is responsible for controlling movement and pleasure.

Some cocaine users say that using the drug enables them to perform physical and mental tasks quickly while others say that they experience the opposite effect. Taking a large amount of cocaine can lead to unpredictable and aggressive behavior.

The long-term effects of cocaine abuse depend largely on how cocaine was used.

Other more alarming long-term effects of cocaine abuse include:

You may notice that a crack cocaine user may leave his workstation periodically (i.e. every 10-15 minutes) to attain the desired high, as the effect of crack cocaine may last only for a brief period. Using cocaine in frequent and large doses may develop into a form of dependence. A user may no longer feel the usual effect, which forces him to take larger doses to the extent that it can become an extreme health hazard.

A cocaine dependent may experience delusions, paranoia, and disorientation, which can often lead to aggressive behaviors. A person who has been driven to use larger doses may become anti-social to the point that family and loved ones are no longer a priority, even evading the thought of taking care of his health.

A cocaine user may find it difficult to stop on his own, and this is where the help of the family is needed, especially in seeking the right treatment center.

It is common for the cocaine user who will cease from taking the drug to experience unfavorable withdrawal symptoms. Accordingly, withdrawal symptoms may be difficult to endure at the start of the program, but they will eventually fade as the treatment progresses.

Inpatient treatment program is recommended so that close medical supervision can be provided.

There is currently no government-approved treatment for cocaine abuse, but researchers are testing some possible treatments to include the following:

The treatment program for cocaine abuse makes use of behavioral therapy such as:

Treatment can be successful with the help and support of the family. This also includes staying away from people associated with cocaine use.

Drug testing is a means of determining the presence of drugs in an individual. Additionally, it has been a controversial issue among different companies on the importance of making it as a pre-employment requirement. It has been regarded as an added cost to the applicant, and viewed as a form of discrimination.

However, drug testing has proven to be an important way in maintaining peace and harmony in a workplace, thereby increasing productivity among employees and revenue for the company. The most common drug testing method used is urine drug testing because it is less expensive and less invasive. Other drug testing method includes blood, sweat, saliva, and hair.

The presence of cocaine in the body lasts up to 72 hours depending on the dose. Its metabolites may take longer to be eliminated.

Cocaine concentration in hair is possible for at least 90 days after using. Hair grows approximately half an inch every month. Therefore, if you have about 18 inches of hair, and tested positive based on the ends of the hair, it would mean that you have consumed cocaine more than three years ago.

Hair drug testing is done by cutting off 1.5 inches from the hair root. The part of the hair being tested is the one that is near the hair root and not the other end. Drug metabolites are left inside hair follicles, which may turn up positive in a drug test if the individual has used cocaine in the past 90 days.

Over The Counter Drug Tests Explained

How to Start Difficult Conversations
with Your Kids About Drug Abuse